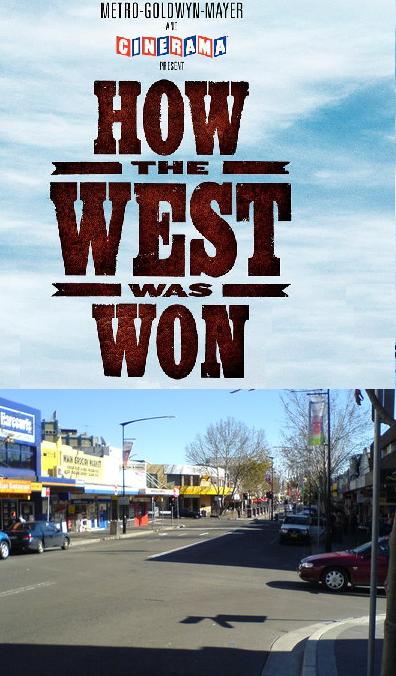 There is a lot of talk around the blogosphere/twittersphere etc. about the new A League West Sydney team.  The fact is that this has been happening for some time.  Mike Salter  had a great blog called ‘The Football Tragic‘ which alas is now not going anymore.  Although the link is still there and provides a fascinating record of events which have happened in Association Football, mainly in Australia, from 2006 to 2010, and part of this are posts about the ‘Western Sydney’ issue.  And considering that Mike was also a local, it provides a very interesting insight and context of what is happening at the moment.

How the West Won’t Be Won

Five years ago, you’d never have believed it.

The AFL attempting to expand its market in Sydney, not so much to wrest the market from rugby league (which is well-established anyway), but to forestall the continuing growth of football. When even hardened egg-ball columnists such as Roy Masters and Greg Baum can frankly admit that football is now a serious player in the scramble for market share, and was a serious factor in the mooted AFL expansion, you know the sporting landscape has changed.

And this only three years into the A-League. The architects of the post-Crawford domestic competition can afford a little chortle of satisfaction.

Of course, plans to expand the A-League in Queensland next year will have made the AFL sit up and take notice, given that, with the Titans now established and the new “Gold Coast Galaxy” looking promising, the lucrative Gold Coast market might just become a virtually closed shop.

So, the counterattack: staking out the ground in Western Sydney before the A-League has a chance to. And in my opinion, it’s a blunder.

Driving through Western Sydney, one is always struck by the vast areas of parkland set aside for competitive sport. But they tend to be arranged into rectangles, not ovals.

Western Sydney simply isn’t AFL country. As far as I can see, the Swans (like Sydney FC to a much lesser extent) have relied on the more affluent areas of Sydney and the desire for novelty and separate identity that often goes along with affluence; it’s difficult to see the same attitudes prevailing west of Parramatta.

A Western Sydney A-League team is also a little more problematic than some have made out, given the club allegiances (Marconi, Sydney United etc.) that already exist in that part of the world. Having said that, the crowds that Penrith-Nepean United attracted in the NSW Premier League last season, not to mention the excellent turnout at CUA Stadium for the final, would suggest that Penrith – with its proximity to the football-friendly Blue Mountains – would be a worthwhile candidate for A-League expansion. CUA Stadium is not too far away from being an adequate A-League venue.

As for the likelihood of the AFL move working, I’ll leave the last word to a former AFL great:

Skilton said he didn’t believe the competition needed more than 16 sides and said the game’s development in NSW had not progressed far enough to split the supporter base.

“They want to expand the game so they can get more publicity. But I don’t think we have the depth.

“How many NSW kids are in our side, let alone how many Sydney kids

So the favoured Western Sydney bid has collapsed.

In all probability, this is good news for the A-League. It’s surely inconceivable that the FFA will consider the nebulous bid fronted by a Socceroo captain who can’t even find a club of his own at the moment; Canberra is the only realistic option if they are going to expand to twelve teams in 2010/11.

The further expansion has undoubtedly been precipitate. The market manoeuvres of the AFL on the one hand, and the blackmail of the Asian confederation on the other, have scared the national body into two jumps in two seasons, which would never have been considered in more “peaceful” times. The relief is that the high-risk insertion of two same-city franchises will not happen now, barring a bizarre turnaround.

And if they are still not prepared to accept Canberra, what’s it to be for next season? 11 teams would be extremely awkward; there are very few national leagues with an odd number of sides.

The other, dreadful, possibility is the removal of Wellington as a sop to the Asian confederation, thereby keeping it at ten teams. The Kiwis would have a right to be mightily annoyed should this come to pass: the Phoenix have been competitive for the last two years, they have established a decent fanbase, and the continuing presence of a New Zealand side in the A-League has been an important gesture towards our near neighbours, who probably still feel a little aggrieved about Australia jumping ship for Asia in 2006.

Instead, the FFA should take the plunge and allow the Canberra bid its chance.

Delayed Dozen – yet another update

It seems things are finally clear.

Although the whole process has made the FFA look both clumsy and devious, the ultimate decision to delay entry for a Western Sydney team is undoubtedly the correct one. 2010/11 will give the national body a chance to see how the two-teams-per-city dynamic will work in Melbourne, where the market is similar, though not exactly identical, to Sydney’s.

11 teams next season, then, with the awkward bye. It remains to be seen whether this will have a further adverse effect on crowds (given that there will be greater gaps between home games at times); given the alarming drop-off already in 2009/10, the league could barely afford this.

Re the Western Sydney franchise, the key question of location remains. With a more gentle lead-in period, hopefully Ian Rowden and his crew will be made properly aware of the problems ANZ Stadium would entail.

How the West Won’t Be Won – another update

The acquisition of Kevin Sheedy as coach of the AFL’s new western Sydney franchise has set plenty of tongues wagging, and keyboards clicking. The presence of one of the sport’s most charismatic figures in enemy territory is good copy…especially for rugby league scribes defending the bastions.

Greg Prichard has given Penrith’s Mark Geyer a free kick (or should that be a scrum feed?) in this morning’s SMH, while another Fairfax stayer in Roy Masters had his say a couple of days ago. There was also a rambling segment on the ABC’s 7:30 Report on Tuesday, which managed to subtly portray Sheedy as something of a performing seal.

Anyway, to the point. All three of the above pieces had one thing in common: football was not mentioned at all. Not once.

Rather worrying when you consider a couple of things: firstly, that the round-ball game was considered an important future player in the western Sydney market only a couple of years ago, and secondly that the new “Sydney Rovers” franchise will not have much of a headstart on a Sheedy-led AFL venture.

I still feel that a western Sydney AFL team is doomed to failure, but football is another matter. A little while back, another piece from Masters grudgingly acknowledged that football was likely to have its say in the war for the entertainment dollar in Sydney’s overpopulated west.

Things appear to have changed. And it’s not just the A-League’s falling attendances; the whole bidding process for the twelfth A-League licence, steered towards western Sydney from the outset, turned into an embarrassing pig’s breakfast. And all the initial statements from Ian Rowden et al. re the new franchise suggest that no-one really has a clue about how to proceed as yet.

A good thing they have another year and a half to get things together…by which time, one hopes, the A-League will be on a better footing than it is now.

How the West Won’t Be Won – yet another update

And so it looks as if the final chapter is about to be written in the farcical Sydney Rovers saga.

The very first thing that the FFA should do is go hat in hand to the representatives of the Canberra bid, with a genuine assurance that future expansion bids will be assessed on their merits. This old article, from Half-Time Hero-in-chief Con Stamocostas, shows just how much was already in place in the nation’s capital over two years ago; that all this groundwork was ignored in favour of a bid based on nothing more than blind faith is symptomatic of the FFA’s style of management in the last few years.

Where to, then, for the expansion plans? The likelihood is probably that 2011/12 A-League will feature eleven teams once again, and one hopes that this time the FFA will give the competition the publicity that it deserves. Some of the football has been excellent this term, especially in Adelaide and Brisbane; the attendances have not.

In a way, given the dismal attendances at Sydney FC matches, things may have turned out for the best in more than one way. Considering that the NSW Premier League (with its western Sydney centre of gravity) will now clash with the A-League in any event, the Rovers crowds would probably have been pitiful. And had the matches been held at the cavernous ANZ Stadium, as was mooted at one point, the match atmosphere would have made Skilled Park look like a throbbing hive of excitement.