For someone following football in Australia podcasts are a godsend.

Of course you got SBS and if you have pay TV Fox Football.  But nothing beats the accessibility of loading a poddy on my old 512 MB iPod shuffle on my commute to and from work.

I also like the fact that the technology allows the average punter to be on the same platform with the professionals. So here’s what I listen…or try to during my A-League week.

This podcast has all the commentators from the Fox Football stable, and it’s the only chance to listen to them for a Foxtel -less person like me.

They are professionals and it shows.  The way they interact with each other and talk to the microphone, and the quality overall shows that these people main job is to present on electronic media of some kind.  As I don’t watch Foxtel football shows I can’t say whether it may be more ‘informal’ than what they present on the telly, but certainly it feels that way, especially when Simon Hill exhibits his different impressions of a variety of English and Dutch accents. 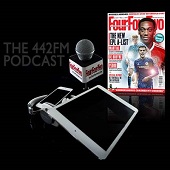 Again here we have professionals, but in this case most from the print media.  This means that the discussion and information is great, and the sound quality also is not as good as (I suspect) unlike the Fox podcast they don’t have a studio to record it.  but I feel as print journos a bit more less constrained than the Fox Football people and they are not afraid to be quite critical of protagonists and issues in Australian football.

I am not sure if  Justin Tickner and Kristian Dwyer who create this podcast (and the associated excellent A-League website) are in the ‘fully professional media people involved in football’  or not. Justin is the editor of the site and a developer at Interact Sport  and Kristian is a freelance sports journalist, a two-time WA media guild award winner, so they may be.  Nevertheless I place this as the best weekly podcast of people that we may not associate directly with being involved in the media aspect of football as their main pursuit.  As Justin and Kristian live in two different places Justin talks to a microphone while Kristian’s voice seems to come from a skype-type arrangement.  But this is ably dealt with and this podcast very ably delves into analysis and tactics, without digressing into side issues than often other podcast can do.

Starting in October last year, this new kid on the block originating from the people who run Outside90.com has become a favourite of mine.  As a daily show it is great to hook up the iPad and listen while I cook dinner. Mark van Aken has that easy aussie-type demeanor (despite his Dutch background) that is reminiscent of the AFL type banter you hear on MMM or SEN (and that’s a good thing).  Benny Jones and Adrian Houghton complement the show really well.  One of the main attractions for me is that it can go from being quite serious to being a free flowing free flowing thought stream.  It has had often interesting guests in players, coaches and team’s CEO.  Also it has journalists like Sebastian Hassett from the Sydney Morning Herald or Matt Windley from the Herald Sun talk about football.  One thing is also it shows quite a bit of passion especially form van Aken as it was shown when some section of the media show a bit of ‘soccerphobia’. 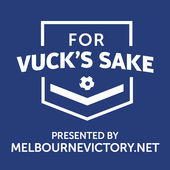 As Melbourne Victory’s season is unraveling badly, I rather like to hear fellow supporters reflecting my angst.  ‘Lord Maco’ and ‘Dante Hicks’ do a great job every podcast and being done as an amateur enterprise (and by amateur here I mean the original, positive meaning of the word, look it up) it feels like the podcasters have been trained in radio by the fact that they don’t talk over each other, you can hear them clearly and the show has a clear structure.

The added bonus of this show is that the presenters are music buffs and every podcast is interspersed with a musical theme. 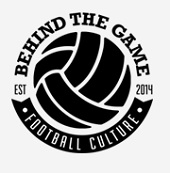 We come now to a couple of podcasts where the culture and the history of football in Australia is what is discussed, rather than results, or the weekly analysis of competitions.

Brogan Renshaw focuses on sharing in-depth stories that may not have been explored by the mainstream media.  Such as the Assyrian refugee that now follows the Western Sydney Wanderers or how Lawrie McKinna went from Rangers in Scotland to becoming the Mayor of Gosford City Council.

By Association is a fairly new monthly podcast hosted by James Parkinson which also deals with storytelling  and the connections which exists in the football community world wide.
These are short and to the point podcasts, so I know I don’t have to set aside more than an hour to listen. It has just started but so far it has shown how wide ranging this podcast can be, from hearing of an Australian fan traveling to the UK just for a match to the story behind the composition of the European Champion’s League anthem.

This podcast shows that James put a lot of work behind it.  It is not just a microphone and an interview.  It is interspersed with music and additional audio information than makes it feel like what the ABC Radio National would have done if they did a program about football.

There are so many podcasts out there that if I had to listen to all of them they would fill all my free time.  But there are three more that I’d like to mention.  Out of our aleague is the epitome of what you’d get if you combined anarchy with a fooball podcast.  I sounds like an iphone is placed on a table where a bunch of guys sit around on couches drinking beer (sometimes beer tops hitting a hard surface can be heard). It borders on the self-indulgent but out of this apparent chaos there are some genuinely hilarious moments.

The A-League Snobcast by Stama & Rob Toddler is again a funny take on the A-League.  The description on iTunes says it best: “Monthly look at the A-League from a football journalist and a complete idiot. An “anti-Euro-Snob” football show for A-League purists. Crazy musical interludes included.